Two very different books for a change (and a break from my usual crime or other gruelling subjects): memoirs and poetry.

Hilde Spiel was a highly versatile Austrian writer and journalist (from a highly integrated Jewish family), who fled to London in 1936 (after the assassination of her beloved university lecturer Moritz Schlick). Her diary of her trip to Vienna in 1946 as a correspondent for the British Armed Forces was originally written in English but was later edited and published in German as ‘Rückkehr nach Wien‘ (Return to Vienna).

This is a very poignant and thoughtful report of a city changed beyond recognition by bombs and defeat… and yet unchanged in many ways (some good, some bad). [All translations my own.]

I must learn everything anew. The cold mouldy stone smell of Viennese houses… the unrelenting stare of the housekeeper… the suspicious, unfriendly smile that was there before the Nazis and will always be there. 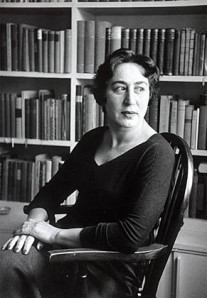 Spiel refrains from sentimentality. She is clear-sighted and precise in her description of everyday heroism and cowardice, of opportunism and the complicated relationship between the victorious Allies and the local population. She talks to a Count and Countess, who now live in their crumbling little palace in the Russian Sector. They tell her about the day the Russian army descended upon their property, camped in their garden with fifty horses, shattered all their crystal and raped their female servants. The author understands their feeling of helplessness, but cannot help thinking:

Nevertheless, the two of them have lived for seven years side by side with barbarians. Only… their own barbarians were smooth-tongued, able to converse politely about Goethe and Mozart, with good table manners, agreeable hosts and guests, polished, elegant and thoroughly European. Yet they did far worse things behind prison walls and camp fences than the rape of helpless women. It’s only when the barbarians take on their eastern, unvarnished and shameless form that the Count and Countess realise the degeneration of the present day.

This trip is of course also an opportunity for self-reflection. To what extent can we ever go home to that place where we have been happy in the past, when we have changed and the place too has changed in a different way? Who wins in the battle between heart and mind? How much of our true selves do we have to hide or abandon when we become immigrants and have to abide by the rules and cultural mores of our adopted country?

I fear that my centre of gravity is somewhere above the skies of Europe, drifting in a cloud above England, Austria, Italy, France, simultaneously attracted and repelled, never really coming down in any of these places… I will have to test again and again where my true home is. 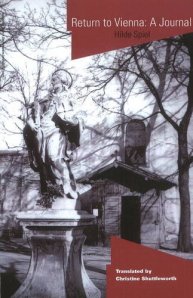 Spiel once said that she could never have worked without England, but she couldn’t live without Vienna. Yet, even as she enjoys a few musical performances at the temporarily re-housed Vienna Opera, she wonders:

Is there anything in this city still alive and contemporary, something I can admire unreservedly, that is not soaked up in the past like a sponge …?

Bonus tidbit of information that I discovered while reading the book is that Hilde Spiel spent the first ten years of her childhood on the street next to the one where I spent mine and had a similar near-Catholic experience in the very same little parish church (which is featured on the cover of the English language edition of her book).

For an additional book review and information on how to get hold of this fascinating book, see here. 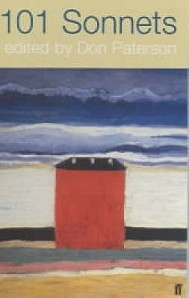 The second book is a collection of 101 Sonnets published by Faber and Faber.  Poet, writer and musician Don Paterson curates this eclectic collection of one of the best-loved and most popular verse forms in the Western world, often with witty asides about each poem. For instance, about Elizabeth Daryush’s Still Life:

The best breakfast every described, though the end of the poem you want to go at it with a cricket bat. It’s hard to know exactly where the poet stand on all this, but we can perhaps sense her disapproval in the pampered insularity of the scene. I hope.

I had no idea there were so much breadth and variety of modern sonnets, from Seamus Heaney’s beautifully controlled ‘The Skylight’ to Elizabeth Bishop’s unconventional two-stress lines to Douglas Dunn’s blissful description of a summer of ‘Modern Love’. A volume to treasure and dip into, again and again. (And yes, that explains my own two recent sonnet attempts.)

9 thoughts on “And Now for Something Completely Different…”