While bringing down books from the loft, I realised that I had some very ancient, almost forgotten books there, which have travelled with me across many international borders and house moves. Some of them are strange editions of old favourites, while some are truly obscure choices. I thought I might start a new series of ‘Spot the Weirdest or Most Obscure Book on my Shelf’. Although it can also be interpreted as ‘Books which don’t receive the buzz or recognition which they deserve.’ I would love to hear of anything on your shelves which you consider unusual or obscure or deserving of wider attention? How did you get hold of it? Why do you still keep it? What does it mean to you?

I wish I could say I had a large selection of Chinese, Korean and other literature, but who am I kidding? My main contact with the ‘Orient’ has been via Japan. I’ve tried to stay away from my obvious favourite fiction, however, like Dazai Osamu or Genji Monogatari or Mishima Yukio. None of those are obscure enough… 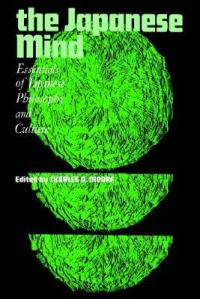 I was rather smitten with this when I first started studying Japanese, but in the meantime I’ve recognised it for what it is: another brick in the wall of the myth of Japanese uniqueness. This – in a simplistic nutshell – is the propensity for both Western and Japanese historians, anthropologists, literary critics, philosophers and social scientists to claim that Japanese culture is so different from anything else that it is impossible for anyone outside Japan to truly understand it (or make any valid critical study of it). The words ‘enigmatic’ and ‘paradoxical’ appear so many times throughout this book. While I agree that Japan can seem quite alien to those who have grown up in the Western canon, there are so many Korean and Chinese influences, Buddhist influences and similarities of Shintoism to other pagan religions. Besides, can it not be said of any culture that it is quite unique (especially in the way it mixes and matches and borrows from others)?

A Hundred Poets with One Poem Each (the literal translation of the title) is a Japanese anthology of poetry from the early 13th century. Many of the poems, however, are much older, going back to the 7th century, and the reason why we still have them today is thanks to Fujiwara’s tireless enthusiasm in collecting them. It remains to this day one of the most popular poetry  books in Japan – there is even a New Year’s card game based on intimate knowledge of the poems. The edition I own has each poem in Japanese plus translation, and a bit of commentary/history alongside each one. The poems were translated into Romanian by my former sensei at university, a talented Japanologist and now a good friend. For those of you who are not fluent in Romanian – really, how can you NOT be? – you can read the poems in English, with lovely illustrations and explanations on this site.

I can’t resist boasting about another of my talented friends – a former classmate at university, who went on to complete her Ph.D. on the Nō Theatre in Japan, at the prestigious Waseda University in Tokyo. Proving, once and for all, that Japanese culture can be understood and interpreted in a fascinating way by a Western scholar. The author goes beyond the ‘obvious suspect’ which is Zeami (one of the greatest actors and creators of Nō), looking especially at ways in which this type of theatre has been adapted and modernised following the massive cultural changes of the Meiji period (1868-1912), when Japan opened up to the Western world. Ruxandra has a special affinity with theatre, since both of her parents are actors, and she effortlessly weaves in references to Eric Hobsbawm, Umberto Eco, Foucault and Gadamer. This is a revised, bilingual version of her Ph.D. thesis (Japanese/Romanian), published in Romania in 2009.

29 thoughts on “Most Obscure on My Shelves – the Far East”