One week into my new job and daily commute into London and I can say two things with certainty: the job is really interesting and I will be surrounded by lovely people; and the railway service has deteriorated dramatically in the 15 years or so since I last had to commute regularly.

Perhaps a third certainty is that it will be difficult to not deplete my wallet when I have to pass by Waterstone’s Gower Street every day. 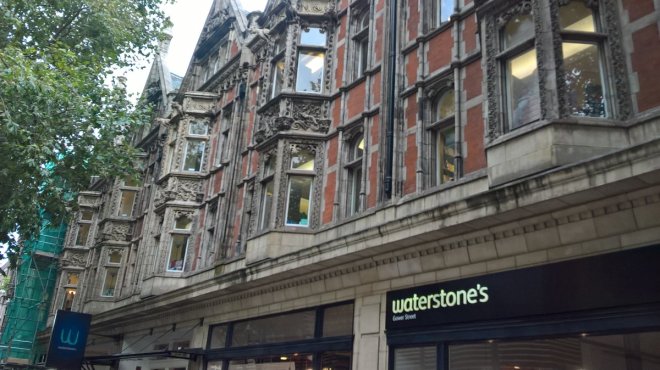 The reading time on my commute is a bonus, although it is not quite as long as I had envisaged. It is not uninterrupted time, as I have to change from train to Tube – and in the latter I am so squished, it is often impossible to find a bar to clutch on to and to take out a book. But even in the train, I have found myself using Wifi to check emails and Twitter rather than reading. If I were kind with myself, I would say it’s just to save time and not have to check on these things when I get home to my boys (and because I don’t check them during the day at work).

But the truth is somewhat more complex.

I wonder if all this frantic scrolling down the timeline for a joke, some wit, some precious gem of information is all about searching for something to fill a yearning abyss inside of me that I deny in my moments of strength and dare not measure in my moments of weakness.

Instead of abseiling down the abyss to explore further – too dangerous – or expressing its beautiful unknowability through poetry – too difficult, the chances of succeeding are too slender – I look away from it. I seek to distract myself, or look for someone else who might have expressed it for me. But I am far more likely to find that directly in books rather than mediated via social media. At its worst, I sometimes think Twitter is a lot of noise about art instead of that inner and outer quiet necessary for interacting with the art itself. [I almost said ‘communing with the art’, but that sounds terribly old-fashioned.]

What do you think? Do you feel that social media helps you avoid those complex, potentially unpleasant or dangerous thoughts?

37 thoughts on “Not Reading But Scrolling…”