I saw this fun Reading 20 Questions on Twitter. I doubt that 20 people would like it but I really want to do it, so I’m answering it for myself here on my blog. So there! 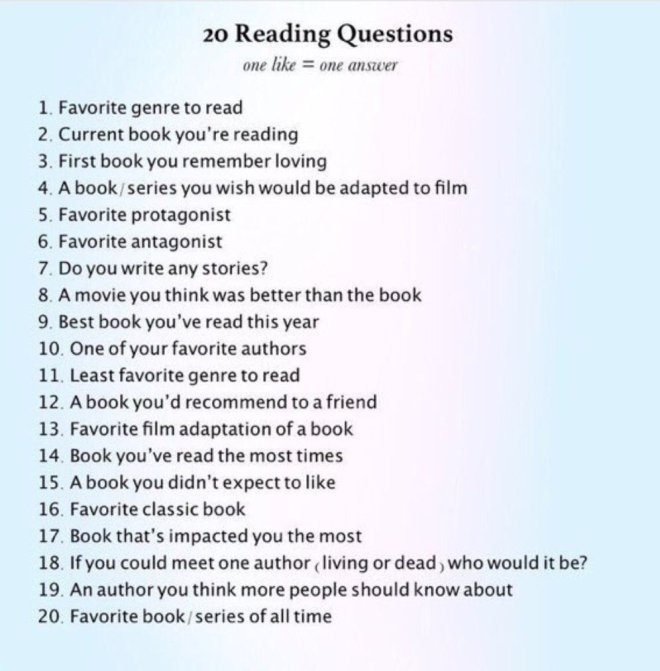 1. Everyone knows that I LOVE reading crime fiction best of all. I discovered it in my early 20s, when my brain was frazzled from doing 5 jobs at once, but I got to think of it as much more than a mere distraction. It is the most accommodating of genres – some of the greatest works of literature are crime novels (Crime and Punishment, Rebecca, The Great Gatsby).

2. Elmet by Fiona Mozeley and it is every bit as wonderful as people said. I would die to be able to write such beautiful sentences and be so observant of nature!

3. Probably the collection of Romanian fairy tales by Petre Ispirescu – Basme. My parents read them to me as a child. My poor father was exhausted and try to skip some pages, but I was wide-awake, knew them by heart and was very keen to correct him.

4. I wish they would hurry up and adapt all of the Narnia series (although I am not 100% happy with what they have done so far), since The Silver Chair and The Horse and His Boy are my favourites.

5. So many! But old loves are the best loves, aren’t they? I will stick to my beloved Pippi Longstocking, who refused to conform to gender or bourgeois expectations.

6. Count Fosco in The Woman in White is rather wonderfully menacing – and deliberately presented as an anti-villain (corpulent yet light-footed, jolly-looking yet sinister). Although perhaps Wilkie Collins is a little too fond of underlining his Italian ways…

7. I write mainly poetry and crime novels. But I have written a small number of stories. You can read the first story I ever wrote here. (with the usual apologies and disclaimers)

8. One Flew Over the Cuckoo’s Nest by Milos Forman captures all the craziness and menace of the original book by Ken Kesey and then some!

9. I’ve read 50 books so far in 2018 and at least 10 of those have been outstanding. One that really haunted me was Love by Hanne Ørstavik, translated by Martin Aitken, which I received as part of the Asymptote Book Club subscription.

10. I will read anything by Tove Jansson and Shirley Jackson. There you go, you get two for the price of one!

11. I used to think that fantasy or YA were my least favourite genres – and they are certainly not my go-to genres of choice. But the ones that I never pick up nowadays are romance novels. Although I did go through a period of adoring Georgette Heyer and Victoria Holt, if they count as romance.

12. Other than my favourite authors, you mean? My real-life friends seldom take my advice, but one author who has never disappointed when they did take it was Dorothy Parker (her short stories).

13. More film adaptations? OK, perhaps The English Patient. I read the book after sobbing my way through the film though. Besides, I was in love with Ralph Fiennes.

14. I used to read all of Jane Austen’s novels every year for about 10-12 years, and I still reread my favourite occasionally: Persuasion. But, much more frequently than that, with my children, The Gruffalo and Where the Wild Things Are. Every night for months, times two. I make that at least 180 times each.

15. Javier Marias: A Heart So White, simply because I’d heard that he was a long-winded writer who seems to change course in the middle of a sentence – an infuriating style. Instead, it really resonated with me.

17. Probably the Diaries of Virginia Woolf and the Letters Home of Sylvia Plath. They both showed me that you can be both a woman and a writer, suffer from depression and yet still be incredibly creative.

18. Hmm, I have the feeling it’s best not to meet your favourite writers, for fear of being disappointed. I think I might be somewhat tongue-tied but glowing in the presence of Simone de Beauvoir. Alternatively, I might be tempted to fatten up Franz Kafka and earn his disapproval forever. 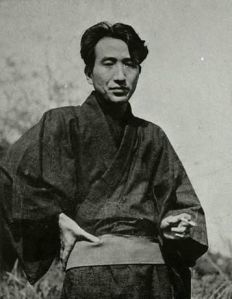 19. Japanese writer Dazai Osamu – although be warned, he is not for the faint-hearted. He was drunk, depressive, treated women appallingly and tried to commit suicide several times (he succeeded at last, in a double love suicide in 1948). And yet nobody surpasses him in the description of the end of an era in Japan in his short stories and few novels such as No Longer Human and Setting Sun.

20. I return to crime with my favourite series of all time being Maj Sjöwall and Per Wahlöö’s Martin Beck series. Well thought out from the beginning – 10 years, 10 books, a critique of society and a method of policing that is much more about painstaking work than fast-paced chasing or technological wizardry. It changed the art of crime writing forever.