You may remember I had planned a whole summer of activities, trips and events to celebrate my birthday this year. This was the last but perhaps most flamboyant event in my calendar: attending the Janelle Monáe gig at The Roundhouse in Camden. All of the usual arguments came up: too tired, too busy, too old to be standing for hours, too expensive, too self-indulgent. But I ignored all of that and had an absolutely wonderful time. She is even more pretty, energetic and amazing live than she is in her (zany and infectious) videos. I am utterly in love! 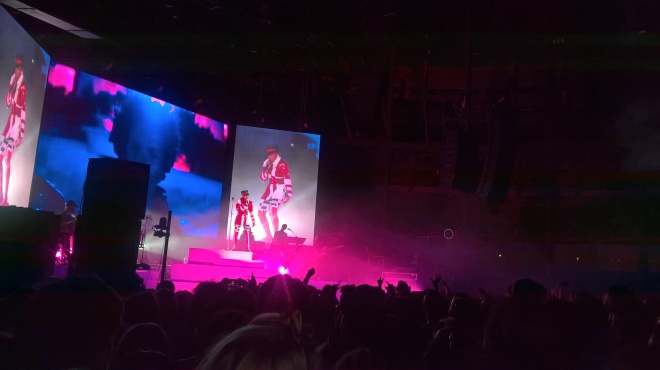 This was a celebration of being a woman, being black, but also being whatever the hell you want to be. A really warm, inclusive atmosphere, with a hearty dollop of confident feminine power (not of the Spice Girl kind) thrown in for good measure. Four people were invited onstage to dance to ‘I Got the Juice’ – one was an actress, two were female audience members and the last one was a girl in a wheelchair, who perhaps got the biggest applause of all.

Janelle has so much charisma, she could easily become a cult leader. She had us in the palm of her hand, we were ready to do whatever she asked – sing along, shout ‘I’m dirty! I’m proud!’ and even lie down on the floor. She talked about standing up for what you believe, daring to be different and how love is the only thing making the world worth living in, but this was not someone who was using the stage as a political platform or who loves the sound of their own voice. She sang and danced pretty much non-stop for 2 hours, and gave a great encore, so she certainly gave value for money.

What surprised me most were all the humorous little touches. I’d seen them on video, but it was so much more obviously sheer complicity with the audience (winking, a little sideways smile, teasing with her body poses). This was a performer who was having fun on the stage, by herself, with her dancers and musicians, and with us the audience. I found myself giggling out loud at some of her antics, like her long-drawn out end to a song. There were thoughtful, gentle ballads too, and a rather touching tribute to Prince at the end of a song with a purple light shining on an empty stage. 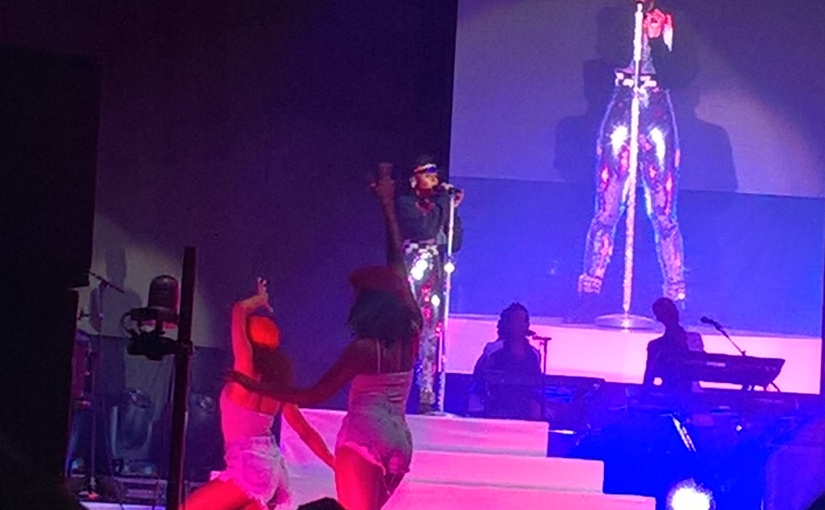 Most of the songs were from the most recent album Dirty Computer (which is after all the name of the tour), but there were a few of the most popular songs from previous albums too to keep fans happy. Crowdpleasers like ‘Electric Lady’ and an encore with ‘Tightrope’, but also quite emotional renditions of ‘Primetime for our love’ and ‘Cold War’. 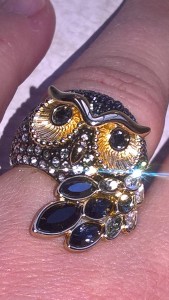 I dressed up for the occasion in a golden skirt, black top and a matching ring (my new favourite piece). Although this middle-aged lady here felt very tired standing for 2 hours before the show started (I did not feel the pain during the show itself) and is still recovering from getting home at 1 a.m., I came out of the venue immensely energised. That’s just the way she makes me feel!