You can tell it’s holiday season, as my reading has slipped into crime more often than not. Out of the 11 books I read this past month, 8 have been crime-related and only 4 of those were for reviewing purposes. Sadly, only two books were in translation, although this was not a deliberate decision. The gender ratio is somewhat better with 6 1/2 female authors (one half of Nicci French).

Nicci French: Saturday Requiem – a moving entry to the series, as Frieda Klein’s compassion comes to the fore, rather than just her stubbornness and recklessness

Paula Lennon: Murder in Montego Bay  – for fans of Death in Paradise, but showing a grittier view of Jamaican island life

Robert B. Parker: Bad Business – not the best in the Spenser series, this story of adultery and business interests is nevertheless full of the trademark humour and sharp wit

Helen Cadbury: Bones in the Nest – I will be forever sorry that this series will not run for longer, as Sean Denton is such an endearing hero. In this book his POV is matched by another compelling character, the hapless Chloe, recently released from prison.

Sandrone Dazieri: Kill the Father, transl. Antony Shugaar – not for those of a squeamish disposition, since it deals with child kidnapping, yet it manages to refrain from all too graphic descriptions of that. A wowser of a thriller, with two complex and entertaining main characters, who are a delight when they interact with each other and with other members of the police in passionate Italian fashion. Review coming soon to CFL. But shame on Simon & Schuster for not naming the translator on either the cover or the title page!

Emmanuel Carrère: The Adversary, transl. Linda Coverdale – reread this in English translation for CFL, as it has recently been reissued. I hope that means that other translations of works by this author are forthcoming, as he is interesting both as a fiction and non-fiction writer. I have a personal interest in this story, of course, as I lived for five years in the area where this tragedy took place.

Jane Austen: Persuasion – still my favourite Jane Austen novel, it is sweet, mature, restrained and so precise in its description of near hopelessness

Naomi Alderman: The Power – great premise, enjoyable and thought-provoking read, but slightly too long and too much jumping around from one point of view to the other. The ending also felt a bit of a cop-out.

Undoubtedly, my (re)read of the month was Persuasion – there can be no competition! Meanwhile, my favourite crime read (if I take aside The Adversary, which was a reread) was probably Bones in the Nest.

I do want to take part in #WIT – Women in Translation Month, and have all the Japanese novellas lined up for that purpose, as well as Romanian author Ileana Vulpescu. However, I also want to catch up with #EU27Project, which I have shamefully neglected. And, of course, write and edit, which I haven’t been able to do much this past month. Let’s see how it goes!

WWW Wednesday is a meme hosted by Sam at Taking on a World of Words. It’s open for anyone to join in and is a great way to share what you’ve been reading! All you have to do is answer three questions and share a link to your blog in the comments section of Sam’s blog.

Two easy-going crime fiction books, to keep me motivated in my job hunt as the summer holidays beckon. The first is Robert B. Parker’s Bad Business, inspired by a great analysis of the Spenser series at the Captivating Criminality conference I attended. The second is a cosy mystery for review on Crime Fiction Lover, a nice change of pace: Mary Angela’s Passport to Murder. A campus mystery combined with a failed attempt to visit France.

You’ll have seen the review of The Cut by Anthony Cartwright yesterday. This was commissioned as a Brexit novel, but it goes beyond a single issue. It is in fact the portrait of a divided country and a battle of the classes and regions which fail to understand or even listen to each other. My other great pleasure this past week or two has been to reread one of my favourite novels, Jane Austen’s Persuasion. No matter how many times I read it, I always find something new to admire. The control of language and emotions is so admirable! I did a mini-readalong with Janet Emson and Laura Patricia Rose, tweeting favourite phrases and observations as we went along. Great fun, highly recommended way of reading old favourites!

I’ve just borrowed a pile of books from the library that I should be working my way through, and I also planned to contribute to Spanish Reading Month. But I craved something angry and combative instead, so here are my predictions for upcoming reads. Any similarity to actual persons, living or dead, is purely coincidental.

Teenage girls now have immense physical power – they can cause agonising pain and even death. And, with this small twist of nature, the world changes utterly.

The author-narrator, a sarcastic Romanian émigré with a French wife, tells with great insight and humor the story of a young student’s life and education as he passes from post-Ceausescu Romania through an unwelcoming Western Europe beset with dangerous problems of its own.

When Peirene Press announced that it had commissioned a novel about Brexit, I could not resist getting involved and sponsoring it. Publisher Meike Ziervogel found author Anthony Cartwright, whose previous novels, although ostensibly mainly about football, also portrayed a community in decline. This is the ‘diminished community’ of the Black Country, which used to be one of the most industrialised (and therefore also one of the most polluted) areas of England, with coal mining, steelworks, glass factories and brickworks all spewing their bile into the atmosphere. Nowadays pretty much all of these industries have died and it’s become an area of boarded-up shops and high unemployment. A perfect setting, in other words, for the ‘forgotten people’ who voted for Brexit.

Cairo Jukes from Dudley is a former boxer, already a grandfather in his early forties, and supports himself though hourly work cleaning up industrial sites. His daughter Stacey-Ann has been kicked out by her mother after giving birth to a ‘coloured’ baby and now lives with her grandparents. Then Grace Trevithick turns up in their lives: posh, educated, a successful documentary maker trying to capture ‘the mood of the country’ just before the referendum.

As the two near extremes of the spectrum meet, they find out more about each other’s beliefs and ways of life. As they talk and learn to look beyond the convenient stereotypes, they begin to have a dialogue – that element which was so profoundly missing from the frenzied media hollering just before the EU referendum.

All you people want to say is that it’s about immigration. That we’m all racist. That we’m all stupid. You doh wanna hear that it’s more complicated than that. It lets all of you lot off the hook.

‘Isn’t that the same thing?’

‘No, thass part of the problem, thinking that it is. We’m sitting in one of the places we’ve lost. You make out like it’s our problem, it’s only about how we feel, but we have lost… It’s a fact. You can prove it… The loss, actual loss. Jobs, houses, security, all them things.’ 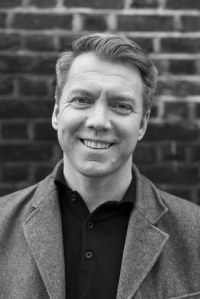 Cairo and Grace come together in a moment which feels too brief to be a love story, too steeped in misunderstandings and mismatched expectations to allow for a happy ending. But it is not just a coming together of two individuals and of what they symbolise. There are plenty of characters who dispel the notion of a monolithic Brexit voter. For every Tony ‘in his German car and his Leave sticker, in his Italian shirts, with his English attitudes’ and Romanian and Albanian workers, there is also a younger, confused Stacey-Ann who would like to improve her career prospects and feels that ‘it’s not right, all this carrying on about foreigners, people moving on to get a better life’ but at the same time considers ‘you couldn’t think people were better because they were foreign. Some people did, teachers they’d had at school. That’s just another kind of prejudice.’ For every gentle granddad mourning the lost way of life but admitting that some things are far easier nowadays, there is a table of UKIP voters handing out leaflets in an Indian restaurant.

Cartwright has a great eye for revealing details and the often ridiculous contradictions of both positions. My one criticism of the book is that the phonetic reproduction of the local dialect made it a bit hard going at times. Nevertheless, the remarkable achievement here is that the author makes it far easier to empathise with Cairo and his family, even for those of us who were avid Remainers. A timely and important book, showing us that answers are never simple, but that the only way to progress as a society is to remain open and curious about each other. And really listen.