violent real estate in Big Apples the world over

Afghan by night he wanders

from one gentrified neighbourhood to slums

crime with a view

he talks about eternal objects of desire

he steals, scrounges, prostitutes self and others

to be talked about

It’s the hommes who are fatales.

He cannot move beyond his appointed place

respect the rules of the universe you are in

don’t test the elasticity of frontiers

this is his kryptonite

or your turn of the dime

when we lunge at monsters we will find

not many imaginary ones among them.

our lives all repetition

transcription of past conversations

what a piddling bore 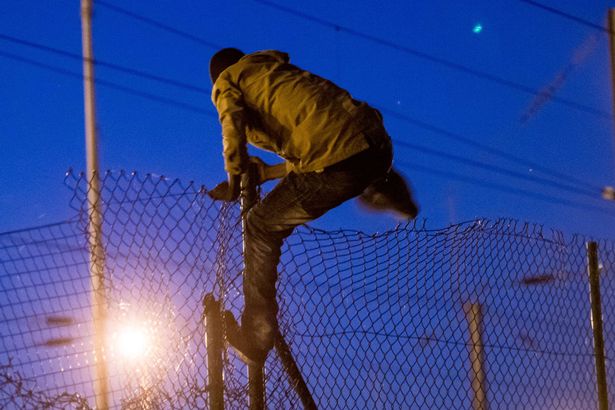 General Downer ordered Captain Pain to wake me up early,

in a blancmange of self-esteem curdled by HMV (Her Mother’s Voice).

If Admiral Alcohol could float all our boats,

if Rear-Vice-Sub-Private would only obey,

if Colonel Attitude would finally kick in

to set fire to boot camps, clear the fog

Raise your meek bosoms in the rousing language

There is still plenty of unfinished business on the French side of my administrative papers, so I amused myself with some ‘literal’ translations of their menacing letters. Who’s afraid of the Big Bad Wolf and wakes up at night panicking about fines and other punishments? Not me, not me!

Apple of the Côte, apples of all orchards unite!

limit the number of dates you go out on

and return your ransom

in the envelope joined to the hip of this letter.

Even I can’t keep the imperatives and bad language out.

I am always late for the event (not even elegantly late, but REALLY late), but do join us over at dVerse Poets Pub for the Open Link Night.  Today it’s all about the poetry of the everyday, the mundane, the meretricious…

dashing out of her bedroom and into her brain.

Forever to measure the yokels who followed,

that filtered and flitted,

never to be caught again.

So they lived and soldiered on,

Not the harmonious calm of unspoken shared thoughts

but the hush for fear of a storm.

So they dealt with the past.

Not brushed aside but lulled,

With nervous asides for skittish breaks.

Non-mention will cicratize the wounds.

On the page she strides boldly

No suspect is spared, no plotline too raw,

she ventures where others gasp, look away.

And she knows at least sixty ways

to dispose of a lover.

Yet the glimpse of a needle

makes her gibber to nurses.

She watches crime on TV through

she dithers at shadows, jumps at

rustles in the road. A floorboard

creaking in the night sends her diving.

the horror of that nib on paper!

for cover when the big words come,

the ones stripped of any art, the ones that singe,

Keep truth abay with a light swathe, a gauzy cloak of

nothingness, conventional riffs of jazz, too polite to improvise.

A necklace of platitudes we spin for each other:

to be uncovered by the archaeologists of

Word by word they sucked it

void of treasure, dry of sap.

The lotus seed burst not into bloom that year.

Bit by bit they chiselled

away at its proud likeness.

How hurtful, how convenient

when friends hurl friends to oblivion.

in a world of its own hating,

we shivered with the knowing,

we struggled with the touch.

The gush has settled down into a mere trickle

and mud is silting oddly the channels of delight.

We sigh and add more caustic

The challenge for this poem, should you choose to accept it, is guess the title (or the ‘subject’ of the poem).  I know, I know, sometimes a poem isn’t ‘about’ anything, but this particular one was written in response to a very specific fear (some might say I have too many fears in general).  A much earlier version of this poem appeared in the online multilingual literary (and arts) magazine http://www.respiro.org/

not quite fitting in its groove.

Then a petulant rewrite

a pout of a travesty

bearing no semblance, no cause, no fruit.

Too stubborn to admit all is haze and indifference.

Next, the heartbeat stop before mad scrabble

and dig and delve

to capture that elusive frame

in the broken film of the mind.

Darker and darker the woodland cover

waiting for the elliptical, haphazard flux to cease

the lynx-bared jaw of foaming bite

chasms will close in-

to beckoning pools of blankness.

Like Murakami, I tend to draw parallels between running and writing.  I did quite a bit of running when I was in school, but then forgot about it for years and returned to it fairly recently.  I am a long distance runner, not a sprinter (and I see myself as a novelist rather than a short story writer or a poet).  I am an avid consumer of magazines and books about improving your running and writing skills.

But, despite all advice to the contrary from these magazines, I do not have a running partner.  I prefer to run on my own.  Maybe it’s because I use running as a way to clear my head, maybe it’s because I am too embarassed that I may not be able to keep up with other runners, but I have steadfastly avoided running clubs. And the few wild stabs at running with a partner have ended in miserable defeat: one got pregnant, one fell and dislocated her hip, one ran off in the woods without me… and I have sprained my ankle three times on such occasions. Must be the multitasking (running and talking at the same time)!

Same with my writing.  I was doing fine on my own, thank you very much! No need to share.  However, in running, I did notice after a while that, if I did not have a race deadline or an accountability partner (a coach or a knowledgeable running partner), I began to slacken.  I began to find excuses for not running. I suffered from injuries. I stopped entering races.  You can see how this analogy is going.  I began to fear that my ‘ivory tower writing’ was making me self-complacent, self-absorbed and completely cut off from the realities of writing life.  A crippled, lazy, eternally unpublished, armchair runner/author.

I had been too afraid, too ashamed, hyper-sensitive and nervous to join a writing group.  Until I started this blog, I had hardly ever shown my work to anyone (and I made sure that I told no one how to find this blog at first).  Then the readers, the likes and the comments started coming in.  I began to think: ‘There, sharing your work with others is not that bad after all!’  Now, I know you are all nice folk out there, who bother to comment if you have something nice to say.  Otherwise you just move on to the next webpage or website. So it’s not representative of the ‘real’ world.

But I had made a start.  I was no longer quite so private, quite so timid.  I thought it was time to face my demons (and no, I am not referring to the other writing group members here). There is a rather well-established writers’ group in my area, one that organises conferences and invites well-known writers to run workshops, but I’m still working my way up to that level of public scrutiny.  Instead, I found a very local sub-set of this group.  We meet at someone’s house in idyllic conditions: a converted blacksmith’s cottage with a sunny terrace overlooking a stream. It’s a small group and each of us has about 20 minutes for reading and debating. It was my first proper meeting this weekend just passed, and perhaps they were all being especially nice and friendly, so as not to scare off the newcomer.

What I had feared most (other than being ripped to shreds upon reading the first paragraph or stanza), was that the experience would be useless.  In other words, that the other participants would be too polite, making all the right noises, nodding and agreeing, but giving me nothing to work with, no constructive feedback.  Or else that they would just like or dislike something at a visceral level, offering no reasons, no suggestions for improvement.

So, in other words, I feared blandness and rejection.

Instead, I discovered some interesting people, fascinating stories and poems, beautiful images and language…  and really helpful remarks.  Such as: ‘I’m stumbling a little when reading this line, is it the punctuation mark that makes all the difference?’  ‘How about breaking the lines down this way, would that open it up?’  ‘If you cut the first sentence out,  or even the first paragraph, would this story lose anything?’

Yes, that’s the kind of nitty-gritty advice that makes one leave with a (good) furrow in your brow and a sizzle in your belly.  Especially when it’s followed by a ‘I love the joy, the sound, the colour of this piece.  I want to read more!’  I look forward to reading and listening more.  Here’s to conquering your fears and to continuous improvement!