Now that I work in London, going there has become more of a chore than a delight. Although I appreciate the shows, exhibitions and bookshops, I rarely venture on its streets for any other reason. So it is a rare delight to be able to share some of London’s secrets with my sons. I took a day off on Wednesday because we had tickets for Les Miserables and we decided to combine it with a little extra.

So we took one of the guided London Walks around the legal quarter of London, the Inns of Court. A great opportunity to nosy around some hidden passageways and admire tranquil private gardens and old architecture (open to the public, but mostly unknown to the public) just moments away from the craziness of High Holborn and Fleet Street. 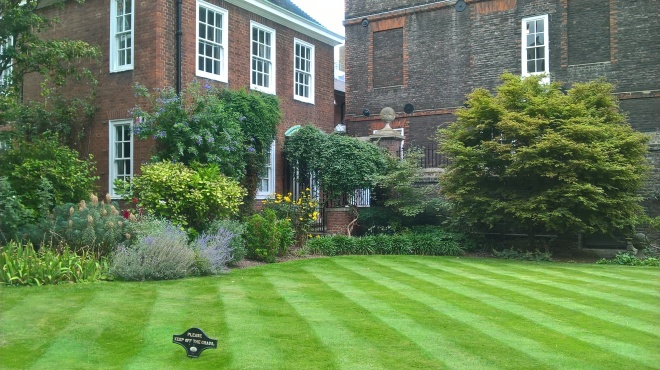 Isn’t it funny how certain privileged classes recreated the Oxbridge world wherever they went (Eton, Harrow and then barristers’ chambers) so that they need never leave its gracious bubble? 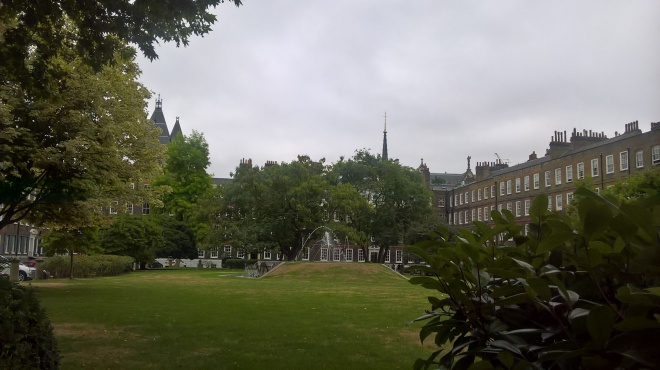 Although I’d read Victor Hugo’s Les Miserables (and a few of his other works), I’d never seen the show, nor even listened much to the music. As for my boys, they only had a vague idea about the story (and for my younger son, who is not a musical enthusiast, it was decidedly too long). I did get my revolutions wrong when I tried to explain the background to them. I thought it harked back to the 1848 revolution, but it turns out it was a very brief revolutionary streak in 1832. I also thought that Hugo had written the book around the time of the Paris Commune, but it appeared in 1862. However, it is true that he was not very keen on monarchy, that he was defiant and vocal about poverty and the return to autocratic rule after the original French revolution. As my older son said: ‘The French have had a lot of revolutions, haven’t they?’

There were some differences to the book, but luckily it has been so long since I read it, that they didn’t jar too much. The main difference I observed (aside from an attenuation of the social critique) was that Éponine becomes a much more sympathetic and less complex character in the musical adaptation, while Gavroche appears to be almost comic relief, with an added element of bathos when he dies. There was far less time to become emotionally attached to Fantine or any of the revolutionaries, so their deaths were not all that poignant, although the music tried its best to tug at your heartstrings.

In conclusion, there is a lot of truth in that old Samuel Johnson saying: ‘Who is tired of London is tired of life’. There is always something new to discover there.