I’ve written in the past about women who have inspired me, for International Women’s Day in 2015, 2016 and on other occasions. But we can never hear too much about women who have been sidelined, neglected or even remembered for the wrong reasons, can we? Here are a few more to remember on this day.

You know that I am a big fan of Murasaki Shikibu, the author of The Tale of Genji, but the Heian period in Japan was full of gifted women writers and poets. Although very few biographical details are available, we do know that Ono no Komachi undoubtedly existed, was a court lady famous for her beauty and one of the ‘Six Poetic Geniuses’ cited by Ki no Tsurayki, included in the most famous Japanese collection of classical poetry: Hyakunin Isshu. Her waka poems about love, loss, aging are beautiful and timeless, and she became a heroine of numerous Noh plays as well.

I had thought to pluck
the flower of forgetfulness
only to find it
already blossoming in his heart. 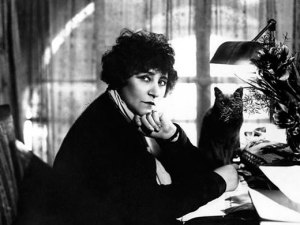 I’ve mentioned her before, I’m sure. I love the sensual phrasing and pitch-perfect, slightly ironic observation of humans by this French writer. She started out in theatre and her writing/storytelling talent was exploited by her husband Willy, but she then became so much more famous than him. She lived as she pleased, scandalously bisexual, a bit of a cougar, and certainly a cat person.

It’s so curious: one can resist tears and ‘behave’ very well in the hardest hours of grief. But then someone makes you a friendly sign behind a window, or one notices that a flower that was in bud only yesterday has suddenly blossomed, or a letter slips from a drawer… and everything collapses.

There are no ordinary cats. 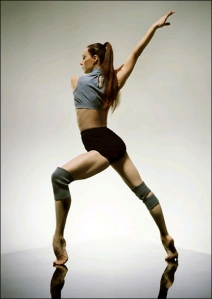 One of the most beautiful and powerful dancers I have ever had the pleasure of watching. Those were the days, when I first came to London and could watch her and Darcey Bussell alternating in the same roles on cheap student tickets (and occasionally Viviana Durante and Miyako Yoshida. Darcey was perhaps a tad more lyrical and ingenue, but Sylvie was spectacular, athletic, almost miraculous in her stretches and jumps, much more willing to explore new forms and go beyond classical ballet. She did not suffer fools gladly, spoke her own mind relentlessly and, in a world of silent, obedient ballerinas, became known as the spiky Mademoiselle Non.

Having limits to push against is how you find out what you can do. I have always been full of contradictions. I am shy but I love the freedom of the stage. I need reassurance but at the same time I don’t want it. I hate being afraid but I can’t help wanting to frighten myself. That is how you grow.

One of my favourite poets in any language, she experienced just about the most troubled times imaginable in Russian history, with grim repercussions for her own family. One daughter died of starvation in the famine which followed the First World War and Civil War, she and her family were exiled for their anti-Bolshevik stance but when her husband developed pro-Soviet sympathies and they returned home, he was executed as a spy and her second daughter was imprisoned, while her son died later on the front in WW2. Not surprising that she decided to end her life in 1941.

And I won’t be seduced by the thought of my native language, its milky call.
How can it matter in what tongue I am misunderstood by whoever I meet.
For my country has taken so little care of me that even the sharpest spy could
Go over my whole spirit and would detect no native stain there.
Houses are alien, churches are empty, everything is the same.
But if by the side of the path one particular bush rises, the rowanberry…