I’m lucky enough to be able to read books in a couple of languages other than English, but there is so much out there that doesn’t get translated and that I can’t read. Luckily, there are a few independent publishers who are exploring cultures which have hitherto been closed to me: Charco Press with Latin American literature, Istros Books (now merged with Peter Owen) with trans-Danubian countries and the Balkans, Pushkin Press with the Russians (and others), Strangers Press for Japanese literature (which I’d now struggle to read in the original – perhaps in a bilingual edition?) and Seagull Books for pretty much everything else, especially its African and Arabic lists.

For those books below, they fall into what my friend Emma from Book Around the Corner classifies as a ‘translation tragedy’ category – or ‘what a shame that this hasn’t been translated, what are you waiting for?’ So here are my favourite reads of 2017 which deserve to find a publisher in the English-speaking world soon:

Crime fiction with a difference, a strong musical element, a playful use of language and a way of blending farce and strong emotions which reminds me of Antti Tuomainen’s latest book. Malte is a poet with a plot. (France)

Slightly biased here because of the Romanian background, but this is a thought-provoking book about political intrigue, mass manipulation via the media and how easy it is to create a sense of ‘perfidious other’ at the national level. (Romania)

Socialist realism meets rural noir and brooding Western – a book that sounds grim in description but is rather splendid in execution, if slightly predictable. (Germany)

An absolute pitch-perfect mastery of the inner and outer dialogues between couples or the self-delusion of individuals: poignant and unforgettable. (Switzerland)

WWW Wednesday is a meme hosted by Sam at Taking on a World of Words. It’s open for anyone to join in and is a great way to share what you’ve been reading! All you have to do is answer three questions and share a link to your blog in the comments section of Sam’s blog.

Marcus Malte: Les harmoniques (not yet translated into English)

Vera has been murdered, burnt alive. Mister, the pianist, loved her, as much as she loved his music, so he needs to know who killed her and why. With his friend Bob, a philosophical, multilingual cab driver, he sets out to search, interrogate, sniff out bit by bit Vera’s earlier life, beyond some distant shore on the river Danube, to corpse-strewn Balkanic regions.

We met Marcus Malte in Lyon and he recommended this book as being the one where his love for music is most obvious. He has also created a concert around it, which you can listen to here.

Two books for review on Crime Fiction Lover (the reviews will be up very soon):

I used to love the Falco series set in Ancient Rome, but this is the first in the Flavia Albia series which I have read. You can’t help but see some political parallels to the present-day with a totalitarian, paranoid ruler and the fear of an Eastern Empire taking over…

When the body of a woman turns up in a dumpster, scalded and wrapped in plastic, Inspector Frank Frølich is shocked to discover that he knows her—and their recent meetings may hold the clue to her murder. As he begins to look deeper into the tragic events surrounding her death, Frølich’s colleague Gunnarstranda finds another body, and things take a more sinister turn. With a cold case involving the murder of a young girl in northern Norway casting a shadow, and an unsettling number of coincidences clouding the plot, Frølich is forced to look into his own past to find the answers—and the killer—before he strikes again. 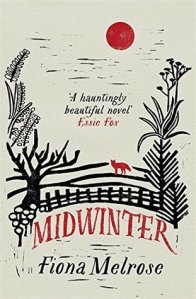 Father and Son, Landyn and Vale Midwinter, are men of the land. Suffolk farmers. Times are hard and they struggle to sustain their property, their livelihood and their heritage in the face of competition from big business.
But an even bigger, more brutal fight is brewing: a fight between each other, about the horrible death of Cecelia, beloved wife and mother, in Zambia ten years earlier. A past they have both refused to confront until now. 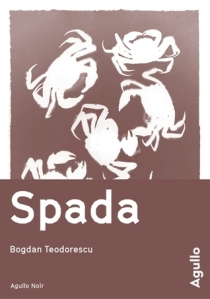 Bogdan Teodorescu: Spada (not yet translated into English, transl. in French by Jean-Louis Courriol)

A little tramp is found with his throat slit in the streets of Bucharest. A second and a third victim are assassinated with the same deadly weapon and it becomes clear that there is a serial killer on the loose in the Romanian capital. His victims all have two things in common: they are Roma (gypsies) and all have a criminal record. A powerful political thriller, indictment of mass media, political parties and slogans, this is a true Balkanic Borgen.

Have you read any of these or do any of them tempt you?