Six Degrees of Separation is a meme hosted by Kate: each month, a book is chosen as a starting point and linked to six other books to form a chain. I had to take part in this month’s chain, because it starts with one of the formative books of my student days.

Armistead Maupin’s Tales of the City is about a group of people living on Barbary Lane in San Francisco, and features a mix of gay and straight characters. Revolutionary for the time and decidedly too hot to handle for Romanian censorship. Who would want to read about those decadent, vice-riddled Imperialist swine? Well, of course, all my classmates and me! So we read bootlegged versions of it in 1988 or so, long after the first book in the series was first published, and after AIDS had started decimating the gay community. 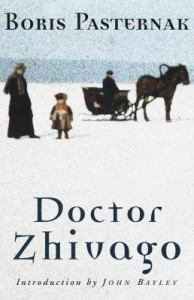 Another banned book in 1980s Romania was Dr Zhivago by Boris Pasternak, presumably because it had been embarrassing for the Soviet Union when Pasternak had been awarded the Nobel Prize for a manuscript which had been smuggled out the country. Yet everyone I knew had read this book, translated into French or English or by some other means. 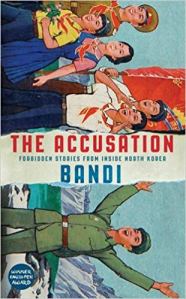 The second book in the link is The Accusation, a short story collection written by an anonymous North Korean writer known only as Bandi, because this manuscript was also smuggled out of that secretive country. I haven’t read it yet, and I don’t think it will contain many surprises for anyone who has lived in a dictatorship, and I have heard conflicting reports about its literary qualities. So perhaps more of a book to bear witness than one that creates great literature. Equally important, though, in this case.

My third book has also been pooh-poohed regarding its literary merits, namely The Hunger Games by Suzanne Collins. Its popularity is so huge, that I’m sure the author couldn’t care less if people think she is not entirely original or extremely sophisticated. I’ve tried to read it, but possibly came across it too late to enjoy it, plus I read too many YA novels with a similar premise (well, not too many, it’s a genre that I don’t read that much, but as many as I can take).

One YA book which I recently read and was very much moved by was Sarah Crossan’s Moonrise. Written as a prose-poem, it’s the story of Joe, whose brother is on death row and the summer they get to spend ‘together’ once the date of execution has been announced. It is a searing condemnation of the death penalty, as well as a poignant story of sibling love. Not gimmicky at all, just believable emotions and characters to which you’ll get really attached.

I tried to get my children to read Moonrise as well, but they never pay the slightest attention to my recommendations. Even reverse psychology doesn’t work. Back in the days when they were younger and listened more to me, we read together for bedtime stories the whole Moomin series by Tove Jannson, and they still like revisiting some of those stories now, and saying things like ‘Bless my tail!’ or pointing out that certain mushrooms look like Hattifatteners and so on. The first story we ever read together was Finn Family Moomintroll with the Hobgoblin’s sinister hat.

The final link also features hats and is actually a Spanish children’s title which has not been translated into English yet, as far as I’m aware. 7 hombres con bombin (7 Men in Bowler Hats) by Alex Nogués (illustrated by Silvia Cabestany) was published in 2015. I haven’t read it but the blurb sounds intriguing and it was part of the UK panel’s choice of books for Spanish books to be recommended to publishers for translation in 2017:

‘In my city there were seven men who wore bowler hats. They always went about together. They were serious, stuffy, wore only black and twirled their moustaches. Until one day the wind swept one of the hats far, far away and showed them something new.’ Seven Men in Bowler Hats is a story to make us think, laugh and reflect. It takes us to that place where all of us should go from time to time: to the unknown…

San Francisco, Russia, North Korea, Dystopia, Texas, Finland and Spain – what a journey we’ve been on this month! Where will your links take you?