Winter holidays are perfect for catching up with the frozen Northern climes and cold cases, and I had great fun with the following two. OK, maybe ‘fun’ is not the operative world, as they were both quite melancholy and thought-provoking, and both left open questions about justice and redemption. 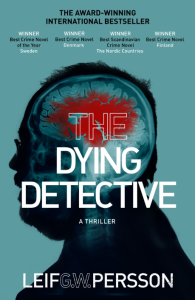 The equivalent of Josephine Tey’s Daughter of Time, featuring Lars Johansson, a retired detective recovering from a serious illness in hospital, bored, and setting out to investigate a cold case with only his research and his brains at his disposal. Of course, unlike the Princes in the Tower, the Swedish author’s case is much more recent, although it is past the statute of limitations date, so the perpetrator will not be punished in a conventional way.

Lars is also much more seriously ill, so it is a battle against death in more ways than one. He fears that his famous ability to ‘see around corners’ is now muddled and compromised.  Utterly compelling and heartrending, the book is not a fast-paced action thriller, but full of good investigative detail so we can follow the logical links. A delight for fans of puzzles and of well-written psychological fiction as well. The only quibble might be the sudden shifts in POV within the same scene – which feel more like a film script than a novel. There are a few references here to Swiss writer Dürrenmatt and his moral dilemma in The Judge and His Hangman : the similarities are plain to see and deftly (humorously) handled. 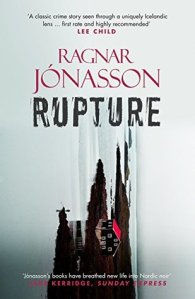 Iceland’s modern answer to Agatha Christie continues his triumphant wooing of the British reading public with the latest instalment in the Ari Thor series. (They have been translated somewhat out of order, but this has not impeded my enjoyment of the series.)

This novel has two mysteries at its core and brings together once more the combined investigative powers of policeman Ari Thor and journalist Isrun, or Thoughtful and Feisty, as they might also be called if they were Snow White’s dwarves. The first case is almost ancient history: an ill-fated attempt in the 1950s to create a new settlement in an isolated fjord near Siglufjordur, which ended with a mysterious death. Stuck in a quarantined town because of a suspected outbreak of haemorrhagic fever, Ari Thor might as well reopen the case when new photographic evidence emerges, although he isn’t too hopeful that anyone will have anything to contribute after so many decades.

Meanwhile, in Reykjavik, Isrun is still trying to progress her career with news scoops and the case of an abducted child and a hit-and-run accident seem to be her ticket to fame. She gets more than she bargained for, however, when it becomes obvious that there might be some political implications to her stories.

The author plays scrupulously fair with the readers, allowing us to puzzle things out for ourselves, giving us plenty of clues, revealing all the legwork, yet still keeping it entertaining. There are some moments of almost unbearable tension(fear of an intruder outside your home, for instance), but, on the whole, the charm of the story resides in the deduction rather than in action scenes. For my full review, see Crime Fiction Lover.