I waited a long time before I found a book worthy enough to represent Germany for the #EU27Project. I read and discarded Marc Elsberg’s Blackout, which I reviewed for Crime Fiction Lover, because it was too much of a Europe-wide cyber thriller (although perhaps for that very reason it would be a good candidate for any EU project). Mechtild Borrmann’s To Clear the Air has a strong sense of German small town location, but was just not interesting enough to warrant inclusion on this list. I hesitated about Sascha Arango’s The Truth and Other Lies because it had more of a Patricia Highsmith feel to it and was set in an unspecified location which reminded me of the South of France.

However, I am nothing if not inconsistent, and finally it was Ricarda Huch’s book which won my vote, even if it is set in pre-revolutionary Russia rather than in Germany. Huch’s voice is one which deserves to be heard in troubled times when ‘intellectual’ is in danger of becoming a term of abuse. Well educated and polymath in an age when it was difficult for women to get into higher education, she was a prolific writer of poetry, fiction, plays and historical works, an expert on Italian, German and Russian history. Quite full of revolutionary ideas in her younger years (she wrote about Bakunin and anarchy, and the women’s movement among other things), she refused to cooperate with the Nazi regime and went into internal exile in 1933.

Her ability to empathise with both the status quo and the revolutionary spirit is what makes The Last Summer such a compelling read. It’s an epistolary novel and the immediacy of the different voices and points of view make this a complex multi-tonal choral work. Translated with panache by Jamie Bulloch, it feels as fresh as if it had been written only yesterday.

Following pronounced student unrest and protests at the beginning of the 20th century, the governor of St Petersburg has decided to close the state university. He receives death threats, even as he retreats with his family to his countryside residence over the summer. His worried wife hires a bodyguard, Lyu, without suspecting that he is in fact on the side of the revolutionary students and plans to assassinate the governor. Through the letters written by Lyu to his co-conspirator Konstantin, and the letters sent by other people in the house, we get to know all the members of the family: the childish only son, Velya, who tries to act cool and becomes increasingly critical of his father’s decision to close the university; the two blonde daughters – fiery Katya and gentle Jessika, who both fall under Lyu’s spell to some extent; anxious, protective mother and wife Lusinya; and the governor himself, Yegor, a rather typical benevolent yet authoritarian patriarch, who refuses to listen to any other points of view. 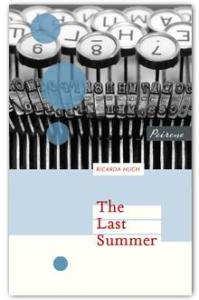 Although this short novel (easily read in a single sitting, as so many of Peirene’s books are designed to be read)  has a clear sense of time and place, it is also timeless. Neither side is spared: the  position of privilege, the rather patronising attitude towards the servants working for them, the often shallow understanding of politics by the ‘chattering’ classes are all exposed, but so is the deceitful way in which Lyu inveigles himself into the hearts and minds of the family, his stubborn insistence on the only ‘correct’ path (although, in a feverish moment, he seems to have a change of heart).

The central theme here is whether ideology should take precedence over humanity. This is indeed a dilemma which has vexed us most of the 20th century (and clearly continues to do so in the 21st). Should we stick to our principles, especially the political ones, or should we look at the human stories, make exceptions for individual cases, for getting to know people, for giving second chances? Is it necessary to take direct and violent action for one’s beliefs, especially if you have exhausted all the other peaceful options? Should we be allowed to change our minds if we begin to believe that the end does not justify the means?

The author shows us one course of action and the human cost of following one’s principles. It’s a book which provokes both an emotional and a cerebral reaction – I will certainly be thinking about it for a long time.

I really enjoyed the review at Kaggsy’s Bookish Ramblings, which appeared just before I embarked upon this book.