Yesterday I ventured back to work in central London for the first time since the 16th of March, 2020. Obviously, the student-facing or facilities management staff have been going in fairly regularly already, but from September this year, all of us in professional services as well are required to spend at least 40% of our working hours in the office. I will not quibble about the wisdom of that, other than to say that most of the courses I support and deliver are still online, which I can support better from home, while the other half of my work is content creation, which again benefits from quiet focus. However, I have missed the leafy, academic atmosphere of Bloomsbury and the iconic building where I work. With sunshine and relatively quiet streets before the students return (and ignoring the building works), it was very pleasant indeed to be back.

Senate House Library kindly waived my enormous fine for overdue books. They are celebrating 150 years since the foundation of the library this year, and will have a virtual exhibition of 150 of its most interesting books and artefacts. These include one of the first printed edition of Copernicus’ work, a manuscript of Don Juan by Lord Byron, a first edition of one of the first slave autobiographies, the Nazi Black Book for the British Isles and much more.

Although it was quiet, cool and very safe inside the building, and it was nice to wander around the streets nearby and discover my favourite Greek deli The Life Goddess was still making excellent traditional Greek desserts, the commute was as bad as I had remembered: busy, maskless, insufficient number of coaches on the train, long waits on the Underground. Add to that a very long day (so that I could avoid rush hour). the ‘novely’ of wearing respectable shoes and carrying a heavy backpack with a laptop while going up and down stairs, and you will understand why I collapsed for 45 minutes on my bed when I got back home.

In time, it will no doubt become more manageable. In the meantime, I have one very contented customer who is delighted that I am working from home still on most days.

I was rummaging around on my blog and found the beginning of this post. For some reason I never finished it. It’s about two books that I got for myself as Christmas presents, that I read and loved throughout the winter holidays, and yet I never managed to review them. These two beautifully bound books (collectors’ items) are by and about one of my favourite writers, Swedish-speaking Finnish author Tove Jansson, creator of my beloved Moomins. 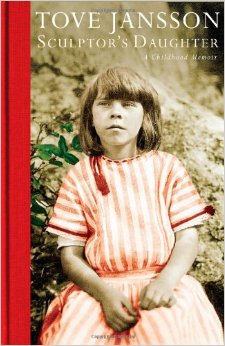 These are semi-autobiographical pieces describing Tove’s childhood, her artistic parents and the great parties they gave, holidays at the seaside, being snowbound in a strange house, being ill with German measles. But in actual fact they are slightly surreal prose poems, exploring the big questions of life, death, beauty and truth, danger and safety, and the importance of art. And all is described through a child’s eyes, with limpid clarity, elegance and understatement. Jansson is a sophisticated stylist, leaving out so much in both her painting and her writing, implying more than saying outright.

Although I had read somewhere that Moominpappa and Moominmamma were based on Jansson’s own parents, I hadn’t realised just how close she was to her family, nor how many personal difficulties and disappointments she had to face in her own life. She was very versatile: painter, illustrator, writer, stage designer, playwright, poet, political caricaturist, cartoonist – and although she occasionally complained of writer’s block (especially during the war), her output was prodigious. But her biographer can speak much more eloquently on her behalf:

‘Work and love were the things that mattered most to her throughout her life – and in that order. Tove’s life was fascinating. She challenged conventional ways of thinking and moral rules in a country where old prejudices … maintained a strict hold. She was a revolutionary, but never a preacher or a demaogogue. She influenced the values and attitudes of her time, but was no flag-bearer – instead, she was a quiet person who remained uncompromising in her own life choices…. When she was still a little girl she wrote that “freedom is the best thing”. It remained of utmost importance throughout her life.’

I cannot explain just how much this book meant to me. At times inspiring, at times sad and haunting, it is not only the biography of an exceptional woman and artist, but also a powerful meditation on the choices we constantly have to make as daughters, friends, lovers and creators. How to be human. She deserves to be better known for all of her work: above all, for her pared down prose and great sensitivity. But I’ll end with the inevitable:  my favourite characters in her Moomin series.

This month, and, above all, this past week, I have had to shed my creative self like a snake-skin and slither back into my smooth professional self.  There are many things I enjoy about my work (performing in front of a mostly attentive audience, having my opinions mostly respected, getting paid most of the time).  Yet I can see that it is not conducive to writing.

So diametrically opposed to writing is this kind of itinerant consulting life (there, I’ve said it, that’s what I am!), that I found myself struggling to write even those book reviews I have been planning to write for the past 2-3 weeks.  Not just because of travelling, being tired, faulty or overpriced wireless networks at hotels… but because my words have all been used up.

When you use persuasive language, corporate jargon and the left side of the brain exhaustively, it becomes nearly impossible to fall in love with words again. I no longer want to play with them, soothe them with a lullaby, tease them with a come-hither look, bend them to my will or surprise them and myself.  All I want is blessed silence.

And escapist books to read.