For all those who have been paying attention to the debate about increasing diversity in publishing or Lionel Shriver’s fears that opening up to diverse content might also dilute that content somehow (and she is not the only one who feels the citadelle is under attack), for all those who were surprised by the fact that in 2018 people are still calling for the decolonisation of the curriculum… this is not a new thing by any means. This has been going on since the 1960s at the very least. Why hasn’t it progressed more? Susan Jacoby’s The Age of American Unreason has some suggestions.

Shunting ethnic and women’s studies into a minority ghetto was the easiest thing to do. The creation of intellectual ghettos expanded the number of faculty jobs and left the still overwhelmingly white male faculties free to teach history or American literature or sociology as they had always taught it – from a white male viewpoint. One of the dirty little secrets of many white liberal on college campuses for the past thirty years has been that they share Bloom’s contempt for multiculturalism but do not openly voice their disdain. Saul Bellow’s famous remark: ‘Who is the Tolstoy of the Zulus? The Proust of the Papuans?’ resonates throughout academia today. In the early nineties, there was grumbling in academia when Toni Morrison’s novel Beloved began to make its way into college English syllabuses with what was considered unseemly speed.

Jacoby’s book is full of well-evidenced critical insights which apply not only to Americans, and which should make us question our own flawed ways of thinking.

Many Americans simply do not understand the distinction between the definitions of theory in everyday life and in science. For scientists, a theory is a set of principles designed to explain natural phenomena, supported by observation, and subject to proofs and peer review… IN its everyday meaning, however, a theory is nothing more than a guess based on limited information or misinformation – and that is exactly how many Americans view a scientific theory such as Einstein’s theory of relativity or Darwin’s theory of evolution.

Jacoby starts her book in a humorous manner, commenting on the rise of ‘folks’ in public discourse. A few decades ago, the general American public was being addressed as ‘the people’ or ‘ladies and gentlemen, boys and girls. But now it’s all about ‘folks’ to denote both exclusion (us folks vs. them terrorists for example) and inclusion (‘I’m down with the lads’ stance of politicians). She clearly attributes this to a dumbing down of culture and explores the multiple reasons behind this.

There are many interesting ideas in this book which explain some of those American traits which irritate foreign observers. The tendency towards fundamentalism and anti-rational discourse, partly as a result of no national curriculum and certain states setting their own ideological agenda in schools. She talks about the harsh life on the frontier which made people throughout American history prefer the harsher religions with more simplistic messages of struggle, sin and repentance (but then, why didn’t Australia develop in this way too?). She quotes from Bill Moyers, who is constantly under attack for his pro-science and pro-rationalist programmes on TV: ‘Theology asserts propositions that cannot be proven true; ideologues hold stoutly to a worldview despite being contradicted by what is generally accepted as reality. The offspring of ideology and theology are not always bad, but they are always blind. And that is the danger: voters and politicians alike, oblivious to the facts.’

In the land of politicized anti-rationalism, facts are whatever folks choose to believe. 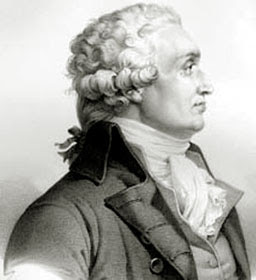 It is a dense and somewhat depressing book to read – you’ll need to allow plenty of time for it. But let me end on this beautiful 1791 speech by Condorcet (French mathematician, liberal intellectual and revolutionary, who ended badly in the Jacobin bloodbath) about the purpose of public education for the individual, the community and contributing to the public good:

To afford all members of the human race the means of providing for their needs, of securing their welfare, of recognising and fulfilling their duties; to assure for everyone opportunities of perfecting their skill and rendering themselves capable of the social duties to which they have a right to be called; to develop to the utmost the talents with which nature has endowed them and, in so doing, to establish among all citizens a true equality and thus make real the political equality realised by law…

Why is it still so difficult to accept that and work towards it, nearly 230 years later?

10 thoughts on “Not a New Situation”